The Patchouli Paradox | Earth to Body 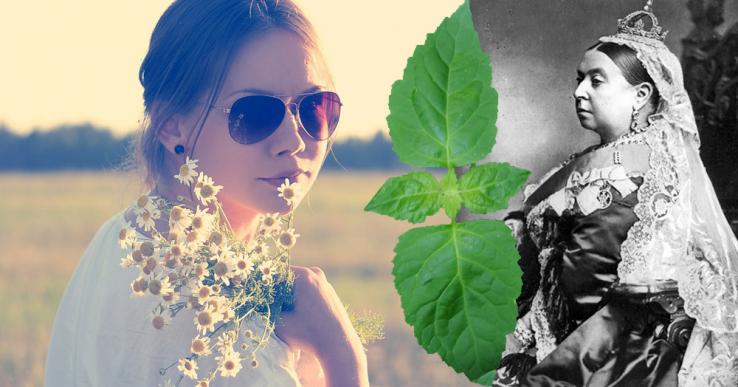 For many, the scent of patchouli is nostalgic of the hippy flower child era. Not only is the fragrance reminiscent of enhancing the freedom of speech, sexuality and open mindedness, but it also used to camouflage the smell of pot. Some people inhale deeply, savoring the sweet aroma.

Others cringe their noses and recoil in disgust, blocking out that pungent musky odor, too overpowering for their senses. Bugs and critters tend to concur with this crowd.

Patchouli. You either love it or hate it.

Despite your preference, Patchouli is beneficial as a repellent or as a therapeutic remedy. Its medicinal and practical purposes are impossible to overlook.

Dating back to the Victorian times, it was used to protect expensive cashmere shawls shipped from India. Not only were the wares packed with this useful perennial herb, but threads of patchouli were woven into the shawls, which were then worn by the ladies or draped on sofa and chairs in Victorian parlors.

The scent of patchouli must have caused quite the frenzy during these stifling times. We read that Queen Victoria advocated morality restricting sexual activity.  Was the aphrodisiac patchouli the impetus behind this?

Because of recent awareness of the harmful effects of Deet, patchouli has resurfaced as a popular insecticide for mosquitoes, ants and other pesky bugs. Arabs also used it to repel fleas and lice from bedding.

Patchouli is used in aromatherapy both a sedative and a simulant. If you are feeling hyper, confused or unable to focus, a large dose can calm you. Alternatively, if you depressed, lonely or exhausted a small dosage can stimulate you.

Patchouli oil is used straight or incorporated into creams, lotions and soaps for it’s anti-bacterial and anti-inflammatory properties. It is used as a skin remedy for acne, eczema, irritated skin and dandruff. It septically helps to minimize scarring by regenerating skin cells. It is known to effectively help rid of athletes foot and fungal growth. This strong astringent reverses oily skin and signs of aging. It can be used to mask body odor. It is even used as a fragrance in some perfumes, but I suppose it depends on who happens to be in the vicinity, whether they find it attractive or repulsive.

We are patchouli lovers for many reasons and use it in several of our products...

So tell us. Do you love the sweet nostalgic comforting sweetness? Or do you hate the deep, musky odor? Does it calm you or make you wired?

Patchouli is absolutly my favorite perfume! I have been wearing it since I was a teen. Does Earth to Body make a perfume with this essential oil, if yes, I would love to buy some! By the way, I love your products!
Ile Perrot, Qc