A Precious Gift | Earth to Body 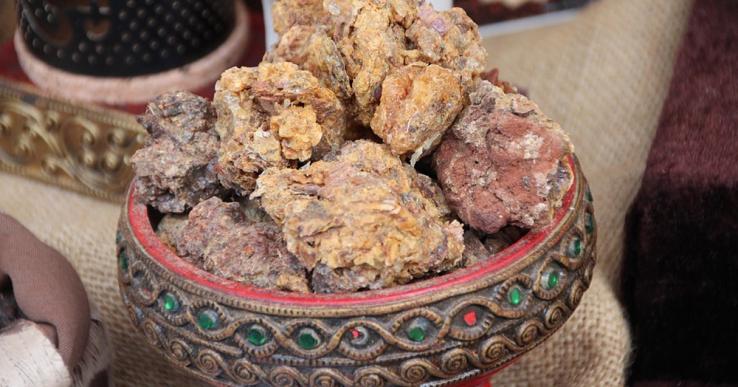 The holiday season is here. For some, it brings to mind the nativity scene and the gifts of gold, frankincense and myrrh. A few years ago I wrote an article honouring myrrh, the reddish brown sap from the thorny tree, native to northern Africa and the Middle East.  Myrrh has many uses in the cosmetic and health worlds. Being the season, it is a good time to revisit.

Familiar to many during the holiday season is the ‘nativity scene where the 3 magi present their gifts to baby Jesus:  gold as a precious metal, frankincense as perfume or incense, and myrrh as anointing oil. These were the standard gifts offered by the magi to honour a king or deity in the ancient world.  Today we ponder these three gifts of honour, speculating as to why they were chosen. One theory that is often pursued leans towards their medicinal attributes.

We are particularly interested in the gift of myrrh as an important ingredient in our Manuka Mouth Freshener. Myrrh has commonly been used for local therapies such as in plasters, liniments, and herbal washes.  It is often found in toothpastes and mouthwashes, as it is known to be an effective antiseptic/oral disinfectant. Myrrh (commiphora myrrh) is an antiseptic/oral disinfectant, a tissue tonic and restorative, i.e. it helps with gum infections, shrinking gums (pyorrhoea), tones/strengthens the gums and helps with loose teeth. Myrrh has a bactericidal effect, prevents parodontitis and helps when gums are already inflamed. Myrrh is frequently found in toothpastes and mouthwashes for treatment and prevention of gum disease. The addition of myrrh, along with manuka and chlorophyll makes our new mouth freshener especially valuable for oral care.

Feel refreshed this Holiday Season, knowing we care about you.