An Egg Attack | Earth to Body 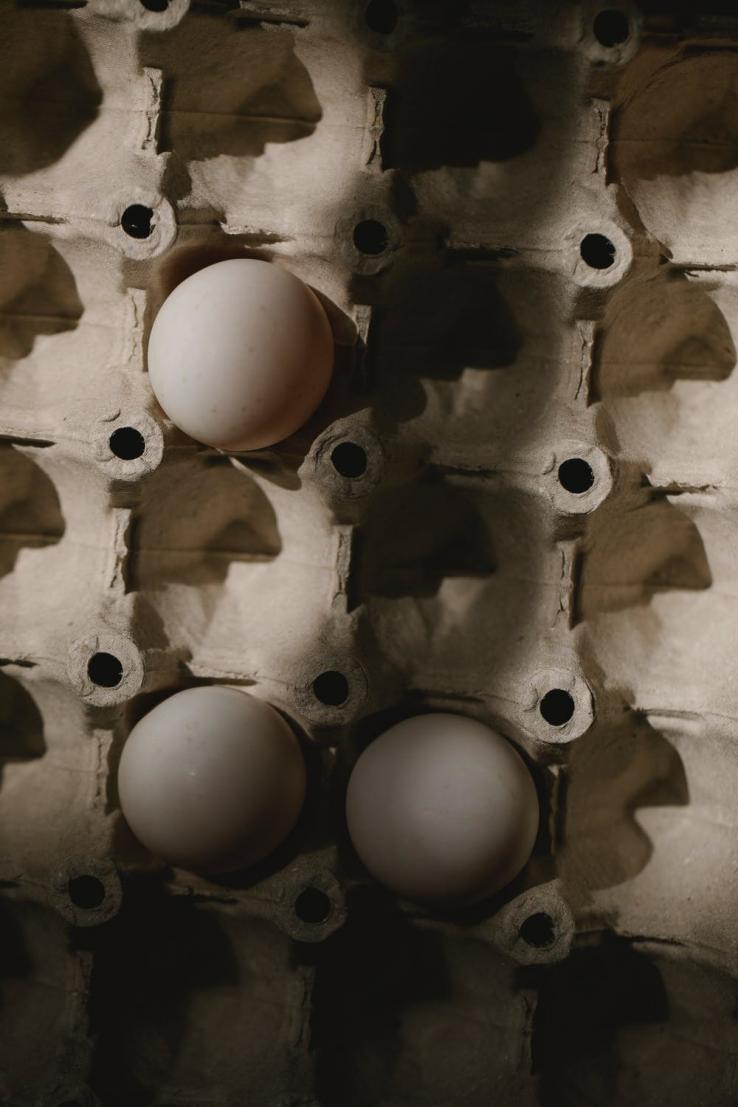 My truck was attacked by eggs. Granted, it was stalled at the exit to a traffic lane, in the centre of the Pointe Claire Plaza parking lot, red lights flashing, and most certainly demanding that cars make a detour. I had momentarily deserted the stranded vehicle to return to the Metro to borrow a phone.  I am not married to my cell so I had left it at home, alone.

My van looks like a delivery truck, but who would ever think, in the middle of a parking lot, no stores close enough to be a delivery destination, that I had left it there on purpose? Why oh why would someone throw eggs at a stranded vehicle?  Anger, frustration, covid stress or sheer stupidity? Cowardly for sure. I am assuming the eggs were freshly purchased at the nearby Metro. The perpetrator had his or her weapons handy.

Upon returning to find the sticky goopy egg splatter on the passenger window, I proceeded to guard my van from further attack, even though the attacker had fled the scene. Surprise, surprise. While waiting to be rescued, I admit I was embarrassed that I was forcing drivers to detour around me, but helpless to do anything. I hope they saw the egg attack and felt as bewildered as I. 20 minutes later the tow truck arrived. When the driver witnessed the window art, which I had had to leave unattended as I forgot my paper towels, he merely shook his head in disbelief.  “It’s a crazy world”, he surmised.

Egg tossing is a waste. Eggs are precious sources of nutrition, to consume and to wear. As we are in skin care, I thought about the actual eggs and their sad demise. You may have heard the expression ‘egg on the face’? Not the looking foolish or embarrassed version, but the actual egg being applied to the skin to nourish and moisturize?  It works wonders.

Adding egg (preferably organic) to our clay-neem mask would be a great idea. A Manuka honey addition also works.

I hope whomever threw eggs at my helpless vehicle felt good afterwards. I hope he or she swore loudly at me in absentia and released some of those angry pent-up stressors. Better to vent at my truck than a child, partner or pet.

Or maybe a spa session with an egg facial might have relaxed and eased some tension.