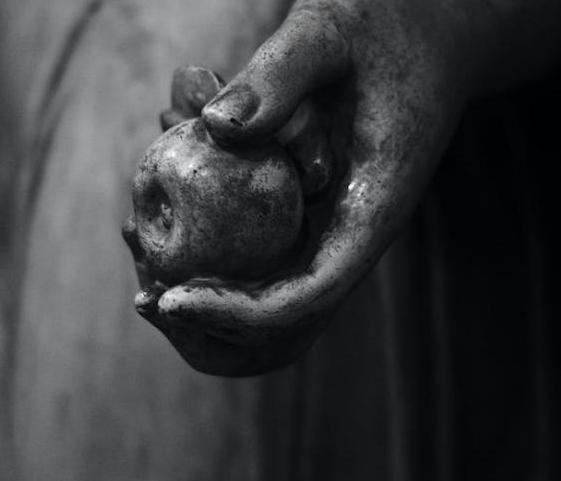 ‘Blackthorne walked back along the corridor…he unlocked a drawer and carefully rewrapped the last of the apples he had hoarded so carefully all the way from Santa Maria Island, off Chile. It was bruised and tiny, with mold on the rotting section. He cut off a quarter. There were a few maggots inside. He ate them with the flesh heeding the old sea legend that the apple maggots were just as effective against scurvy as the fruit, and that rubbed into the gums, they helped prevent your teeth from falling out.”….

You’re luckier than most, he thought. More careful. You conserved your fruit  while the others consumed theirs carefully. Now your scurvy is still mild, whereas the others are constantly hemorrhaging, their bowels diarrhetic, their eyes sore and rheumy, and their teeth lost or loose in their heads.  Why is it men never learn?’ Quote from James Clavell’s:  Shogun A Novel of Japan, 1971.

Whatever myths and legends surrounded the sailors and their quest to avoid scurvy, we now know that vitamin C was a vital element.  Scurvy was responsible for more deaths at sea than storms, ship wreaks, combat, and all other diseases combined. It killed more than 2 million sailors between Columbus’s voyage and the rise of steam engines in mid 19th century. Captain Blackthorne would be pleased to know that in the 400 years after his voyage, we have come a long way in our knowledge of scurvy prevention. We eat the apples, oranges, strawberries, lemons, kiwis,  bananas. We know the importance of coniferous vegetables, parsley,  peppers and more.

Vitamin C, aka ascorbic acid, affects the entire body and thus is also a prime consideration in skin care. It helps to firm the skin, reduce appearance of dark spots, and helps protect the skin against environmental pollutions.

We care about your skin and the nutrition it needs. Our alcohol free Facial Toner contains Vitamin C, on its own and in other natural sources: organic rose water, sweet orange, lavender, lemon.  Our Revitalizing Eye Oil contains rosehip, loaded with Vitamin C. Our Apple Cider Vinegar Hair Rinse …not only has the apples, but also the parsley, rosemary sage.  As nutrition is our main goal, vitamin C became a natural ingredient in most of our recipes.  Check us out!