Toss the Microwave! | Earth to Body 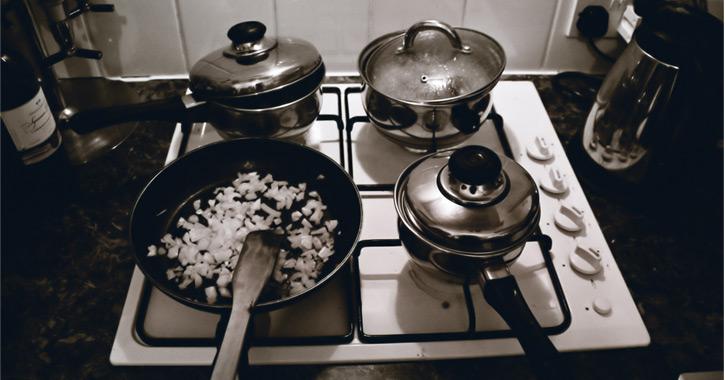 I believe microwave ovens are dangerous. I tossed mine.

You CAN live without your microwave. Close your eyes. Transport yourself back in time where microwaves DID NOT exist. Maybe you went camping and actually cooked over an open fire? Maybe a thunderstorm caused a power outage and you had to get creative. Maybe you visited a friend who had the intuitiveness to never own a microwave in the first place. And you survived.

Let’s say you have done research and you still believe that microwave ovens are completely safe.  There are those who believe they are safe.  But could it be that you are in denial?

“Toss my microwave? No way Jose” you say. “How will I heat my dinner?
“ My work place survives on microwaves. “
“The microwave is far too convenient.”

There seem to be more sites trying to convince us microwave ovens are safe if used properly.  A typical one is ‘the myths about microwave dangers’. While this author demands credentials, he offers none of his own.

In the Health Canada discussion there are so many rules to follow when using a microwave, you need ginkgo to remember them all.  At least the dangers are listed. (The original link to the wensite is gone . You can see a 2014 discussion here)

This site on Safety of Microwave energy- An objective Discussion ( 2014..this site is now under construction) can help you in making a decision.  It weighs all the pros and cons.

Too much is invested in microwaves. Too much money is to be lost if the real facts about microwaves were accepted.

Microwaves are everywhere. Every home, RV, Public work place, offices, hospital, prison. (Ask Martha Stewart. She had to over 4 months to learn creative cooking in a microwave. There was no choice.)

The consumer, the manufacturer, the retailer WANT them to be safe. Your employer loves them. The convenience of microwaves saves time, space, effort, and dirty dishes.

Most sites will give you the general warning to watch the leaking around the door. They also say NEVER stare directly at the door while it is operating. Our sensitive children are especially vulnerable.  How many school age children do you trust to follow all of those rules as they pop their after school tarts into the convenient microwave.  As a child, if you were not taught the RULES, wouldn't you love eyeballing the fast cook though the glass?

We are also warned not to warm your baby bottle or formula in the microwave or the baby’s mouth and throat might be scalded. (The bottle itself will not be warm, but the milk inside could be boiling). A frightening thought to feed your baby scalded milk and not know it.

The act of ‘nuking’ the food just might TRANSFORM that once healthy meal into a carcinogenic mass.

Sad to say, but we have been lied to in the past.

Back in the 60’s we were told eggs were not good for us. The egg farmers went under. The makers of the fake eggs scored billions. It was all a con game.

Coconut got a bad rap. Back in the 80’s there was some strong ‘propaganda’ from powerful groups (interested in promoting US corn and soybeans) who discouraged the consumer from buying coconut oil. We were told ALL saturated fats were bad. Simply not true.

Then there was oleo, one molecule away from being plastic. For decades we were told it was better than butter. The debate still goes on.

Aspartame has been proven to be carcinogenic.  The FDA banned it for 16 years, until Rumsfeld had it reinstated.  Now, why would he go and do that?

I cannot see the banning of the microwaves. Too much money is involved.

Professors and scientists have been discredited for trying to tell us what they have discovered about the dangers of microwaves.(The site I initially referred to has been removed.)

Microwaves are causing us a slow death. If it were faster, we might be able to prove it.

Have you ever considered tossing your microwave?   Can you? Will you?

Do you have some ideas on how to survive without one?

I tossed my microwave a long time ago...I found no good reason to keep it....

We tossed our Nuker over a decade ago. There is something seriously wrong when you are told to place a lead plate over your organs before an x-ray, yet it is perfectly fine to consume food that had the same rays subjected to it at a much higher intensity for a much longer time. How does the saying go? Oh yeah, you are what you eat.